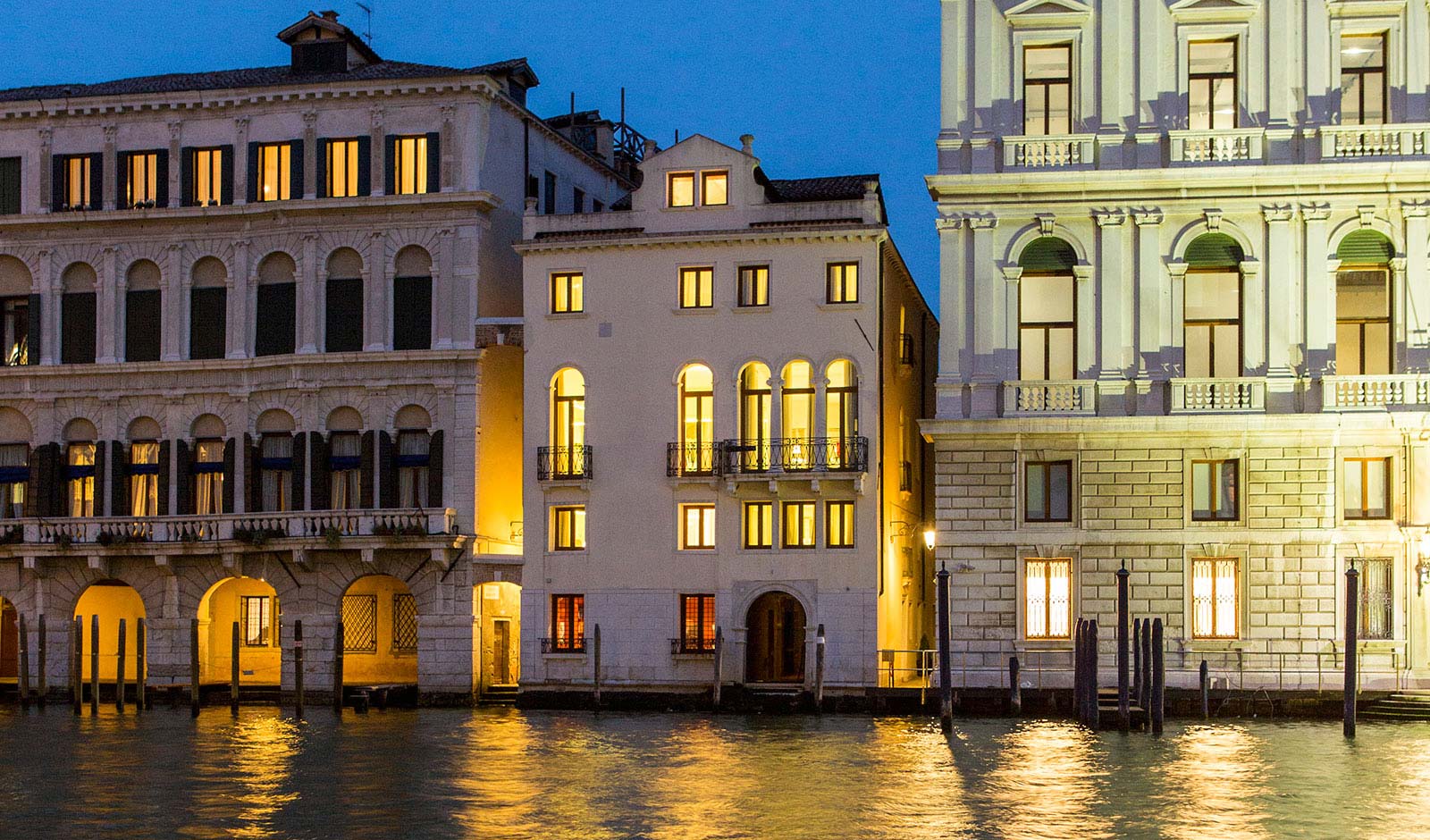 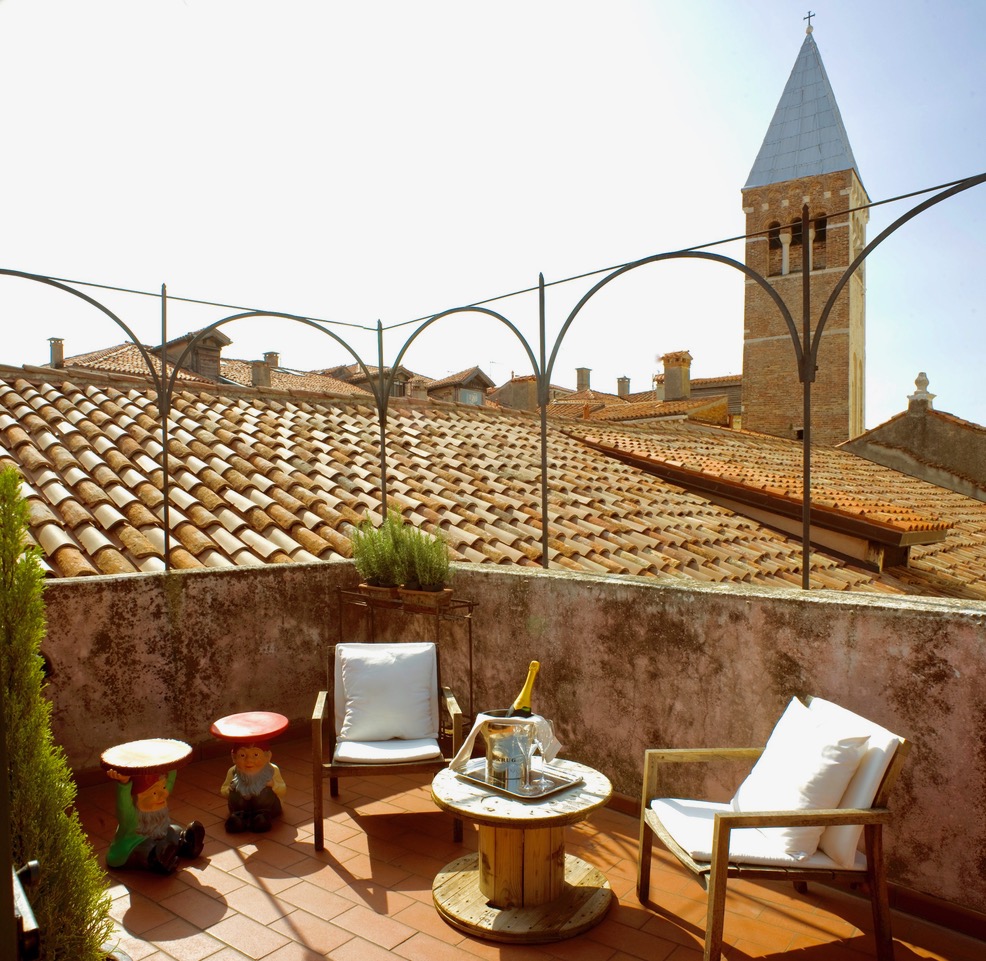 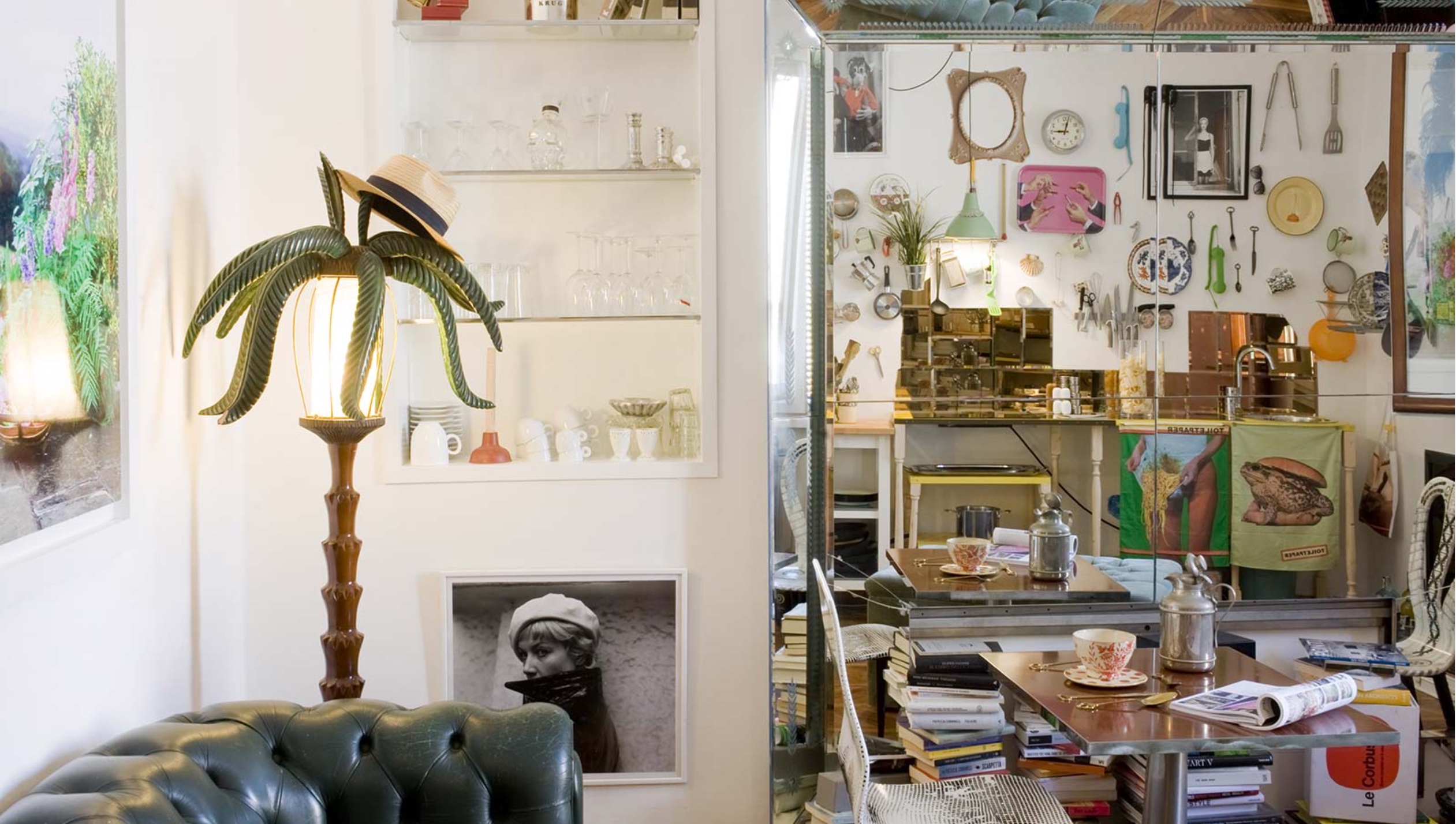 An elegant well restored Venetian four floor house, part of a hotel complex situated in the heart of the city. Vintage and modern design furniture inside, selected by the owner who actually lived in this house when in Venice create an unusual accommodation to feel temporarily Venetian. The building has an independent entrance and stairway that leads to the first floor with a kitchen, a dining room, a double bedroom with king size bed, hallway, bathroom (with wc and shower separated). The Second Floor hosts the Master bedroom with king size bed, hallway, bathroom (with wc and shower separated). On the Third Floor a living room with sofa bed and music-centre has access at the big rooftop terrace with bbq, table and chairs and view on Venetian rooftops. The warmth of wood, the quiet, the luxurious but not ostentatious soul, elegant furnishings, help to offer moments of pure pleasure and relaxation. A goal pursued through the rough luxe and solutions on each floor, which allow you to spend a relaxing and unconventional experience, at their own pace, beyond the hours of the hotel 5 star.

Please note the house is on 4 floors with steep stairs and no lift.

Direct phone line with the hotel

Room service with snack menu (from 2 pm until 11 pm, with fee) Furnished minibar (with fee)

Tourist tax Eu 3,5 per day per person (included children under 10)

Check out before 10 am

Venice is elegant, precious, inimitable, entertaining, and romantic. It is a jewel in the Italian touristic landscape, where churches, buildings, old bridges, monuments and piazzas are the evidence of the artistic and cultural vivacity that marks the history of this city.

The heart of Venice is the wonderful Piazza San Marco - the most elegant in Europe - surrounded by outstanding buildings: the impressive bell tower and the Cathedral - with its five portals of marble and mosaic decorations (foreshadowing the luxury of the interiors); the Ducal Palace, a symbol of the golden age of the Serenissima; Torre dei Mori (the clock tower), the engineering masterpiece that has been telling Venice the time for centuries; and the Napoleonic Wing, site of the Correr Museum.

Not far away is Campo Santo Stefano, with the church of the same name (i.e. St. Stephen's), one of Venice's biggest.

Also from the piazza, the visitor can see the Island of San Giorgio Maggiore and the high bell tower that rises from the monumental structure of the old Benedictine monastery, a masterpiece realized by important architects of the time, including the renowned Andrea Palladio.

Venice is the best of outdoor museums, and it can be toured by boat or by gondola, most teasily along the Canal Grande, the main Venetian thoroughfare. The Canal begins at Punta della Dogana, the old harbor of the Most Serene Republic, with its peculiar triangular shape that is now, like Palazzo Grassi, a Contemporary Arts Center.

The Peggy Guggenheim Collection is another must-see, exhibited in the Palazzo Venier de’ Leoni; it is considered the most important collection of the 20th Century. Among other important museums are the Gallerie dell’Accademia, housed in the majestic structure of the Scuola Grande de la Carità (inside is a church of the same name and a monastery); and Ca’ Rezzonico, one of the most beautiful buildings from the Renaissance and home to the Museum of 18th-Century Venice.

On the right bank of the Grand Canal - also accessible by crossing the Ponte del Rialto - it is possible to reach the districts of San Polo, Santa Croce and Dorsoduro, where some of the most famous campi of Venice are surrounded by wonderful religious buildings and palaces: San Rocco, with one of the old Grandi Scuole di Venezia and the church dedicated to the Saint; the renowned Basilica of Santa Maria Gloriosa dei Frari, one of the most important Franciscan structures; San Polo; San Giacomo dall’Orio with the church of the same name at its center and decorated with wonderful Venetian Renaissance artworks; San Sebastiano masterfully decorated by Paolo Veronese; San Pantalon; San Nicolò dei Mendicoli with one of the city's oldest churches; and Santa Maria della Salute.

From Piazza San Marco, crossing the renowned Bridge of Sighs - with a wonderful view of the lagoon - is the Castello district, rich in architectural and artistic masterpieces. The campi of Venice are historic piazzas, usually embellished with remarkable monuments in the middle, and dominated by impressive religious buildings whence they take their names. This sestiere (district) also hosts plenty of interesting churches: the Chiesa dei Santi Giovanni e Paolo (Church of St. John and St. Paul), where state funerals were once held; the Church Santa Maria dei Miracoli, a fabulous example of Renaissance architecture; the Church of San Zaccaria in the homonyous piazza; the Church of San Giovanni in Bragora - considered one of the most beautiful churches in Venice - and the Church of Santa Maria Formosa, based on a design by Codussi.

Two further places that are well-worth a visit along the same route include the biggest Arsenal in the world, built in the 12th Century and later expanded, thanks to Venice's significant political and economic development; and the Scuola San Giorgio degli Schiavoni, home to some of the most beautiful paintings by Carpaccio. In Cannareggio, Campo della Madonna dell’Orto is one of the last surviving examples of ancient herringbone paving, and its Church of the same name was decorated by the famous Tintoretto. The Scuola dei Mercanti can also be found here. The Church of San Giovanni Crisostomo, Codussi’s last opus, is another magnificent example of Renaissance architecture. Finally, in the old Ca’ d’Oro building lies a precious art collection of pieces from the Venetian School.

You might already know that Venice is surrounded by a group of islands: Burano, renowned for its lace production; Murano, for its glassmaking; Pellestrina, characterized by sandy dunes and cane thickets; and Torcello, one of the oldest human settlements in the area.

On the northern side of the Lagoon are wonderful natural landscapes, with beaches that change color depending on the sunlight, just like the Dolomites that have nourished, over the centuries, this beautiful coastline.

Time permitting, tourists should also stop at a few of the Venice Province's other gems: Caorle, with its narrows alleys passing between pretty, colored houses; Jesolo, core of amusement and nightlife; Bibione, with its pinewoods that run right down to the beach; and Cavallino, the main European “open-air” tourist destination.

And along the banks of the Brenta, many sumptuous aristocratic Venetian villas were built between 1500 and 1700; period symbols of Venetian wealth and prosperity, they are the designs of some of the best architects and painters of the day.

It is possible to find the same splendor in the environs of Mirano, in the Terre del Tiepolo (Lands of Tiepolo), named in honor of one of the most famous artistic families. Without a doubt, this area witnessed a period of great cultural development during the Most Serene Republic's domination, the signs of which it is still possible to admire, intact, and in all their magnificence. 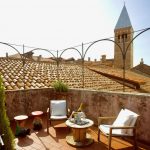 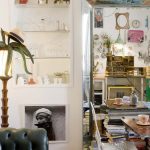 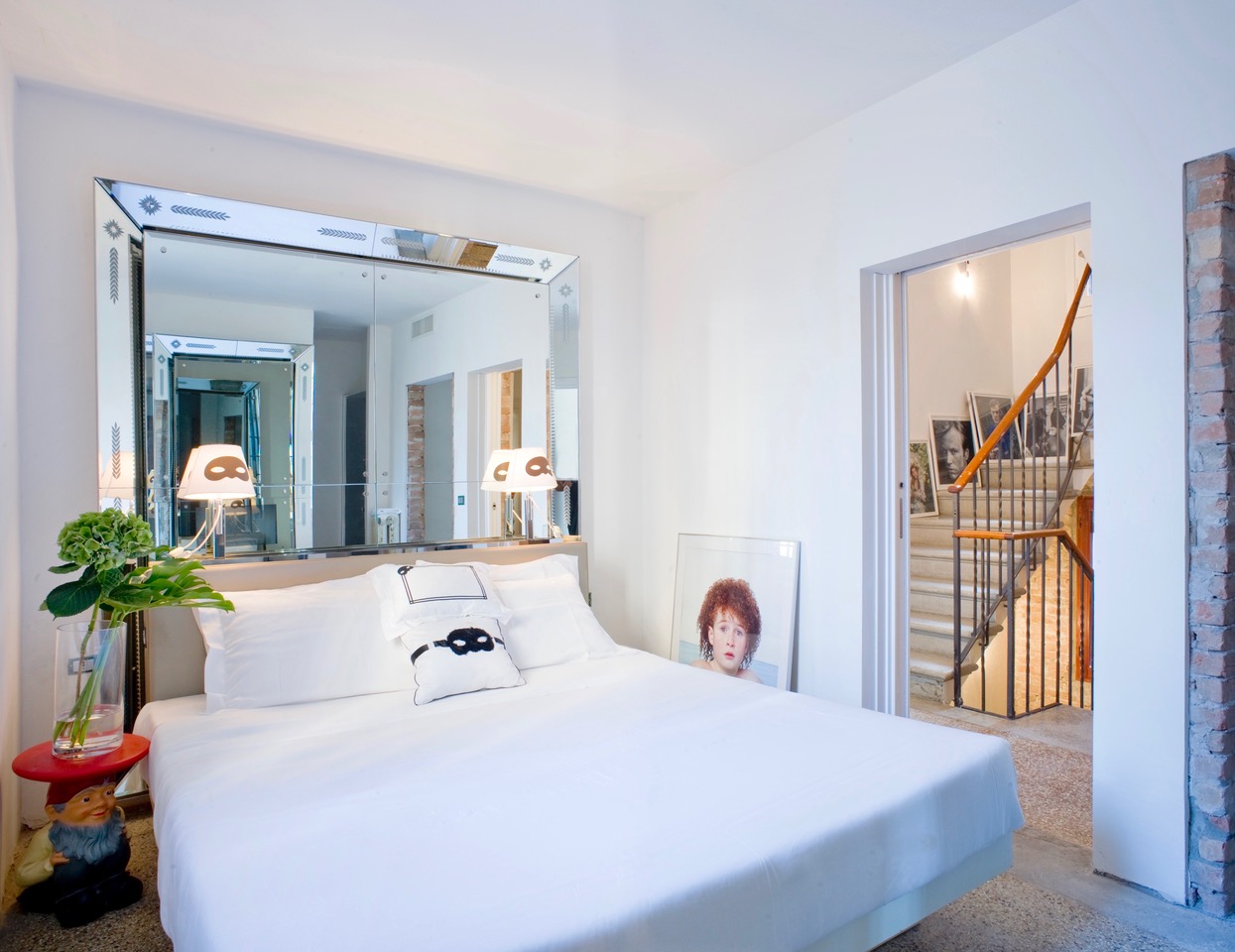 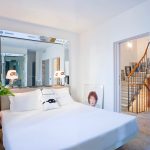 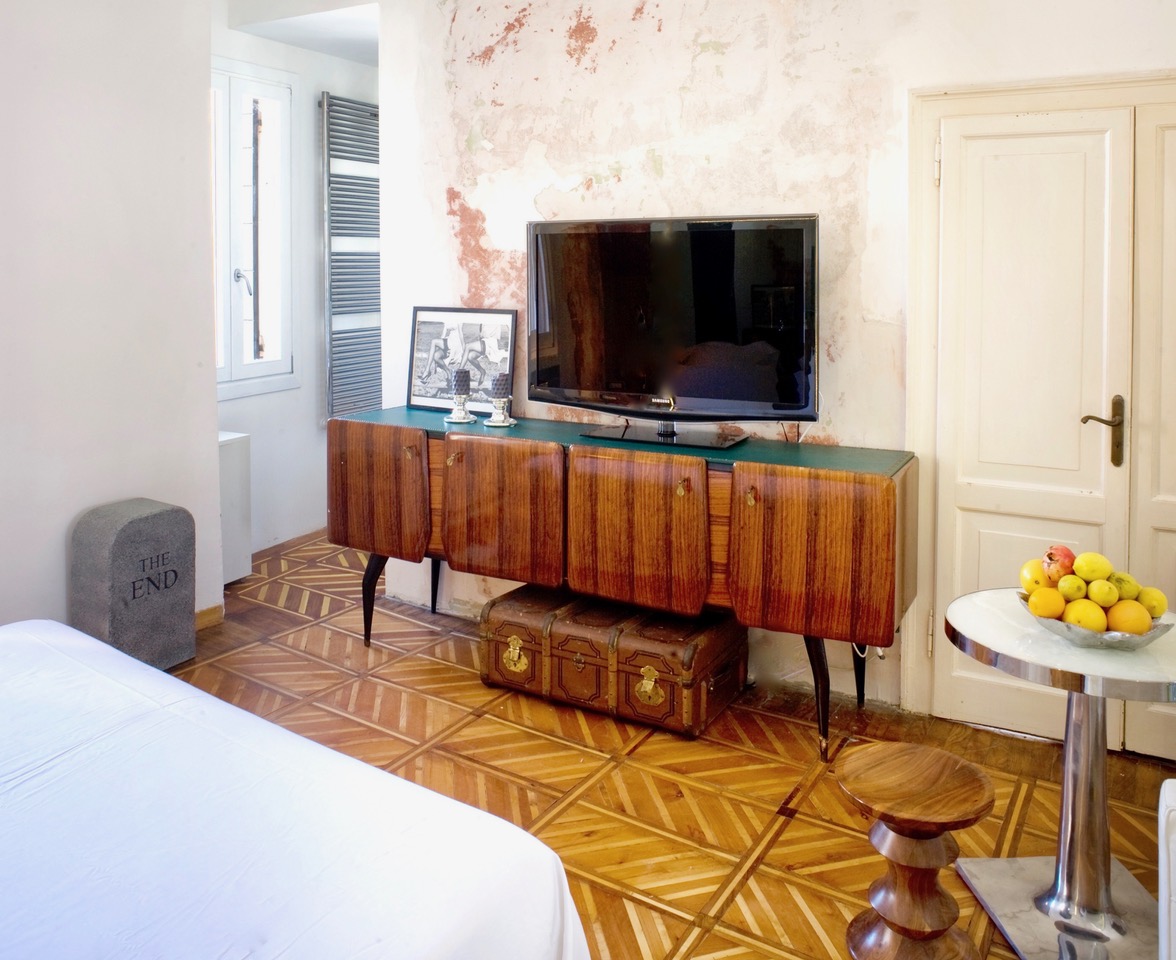 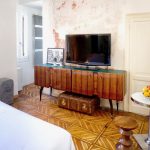 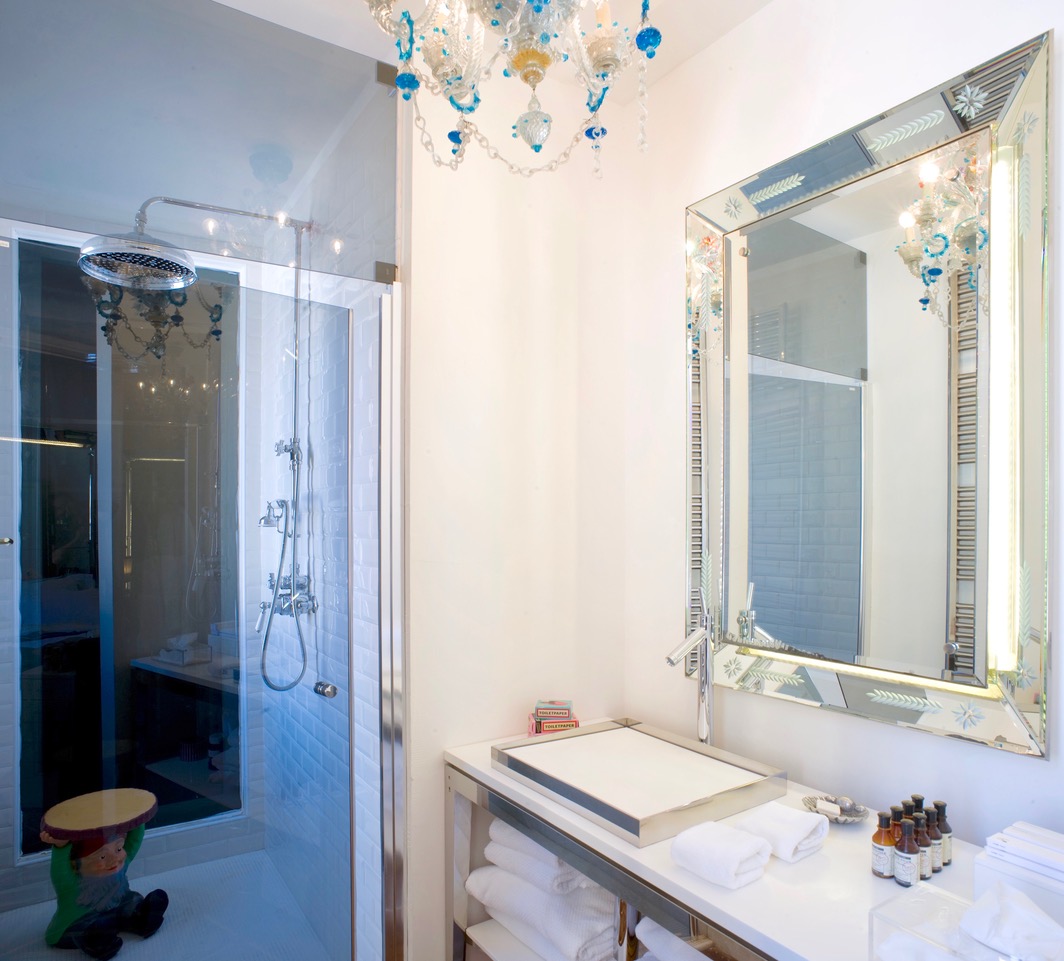 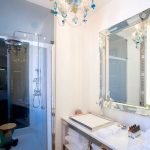 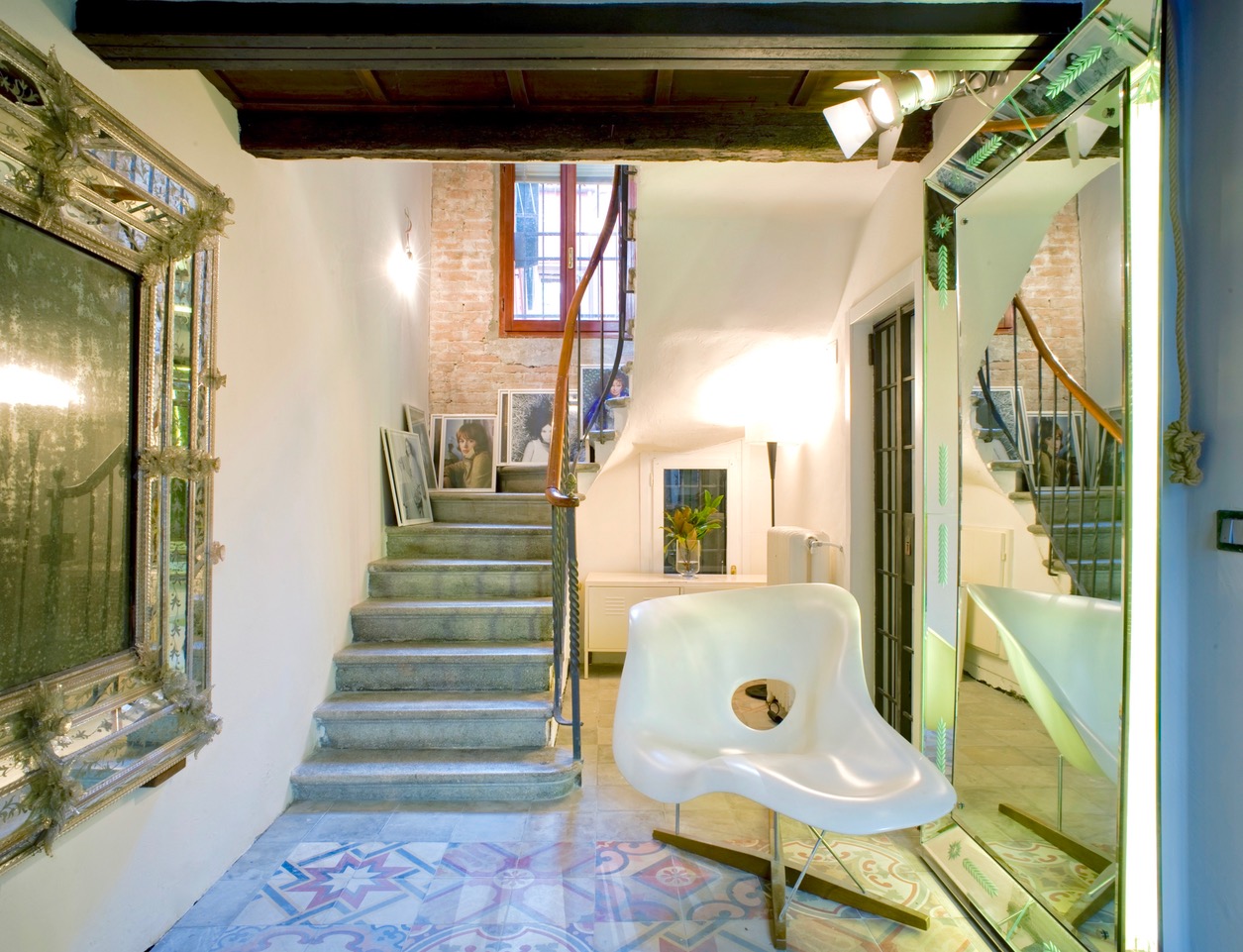 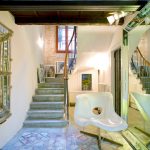 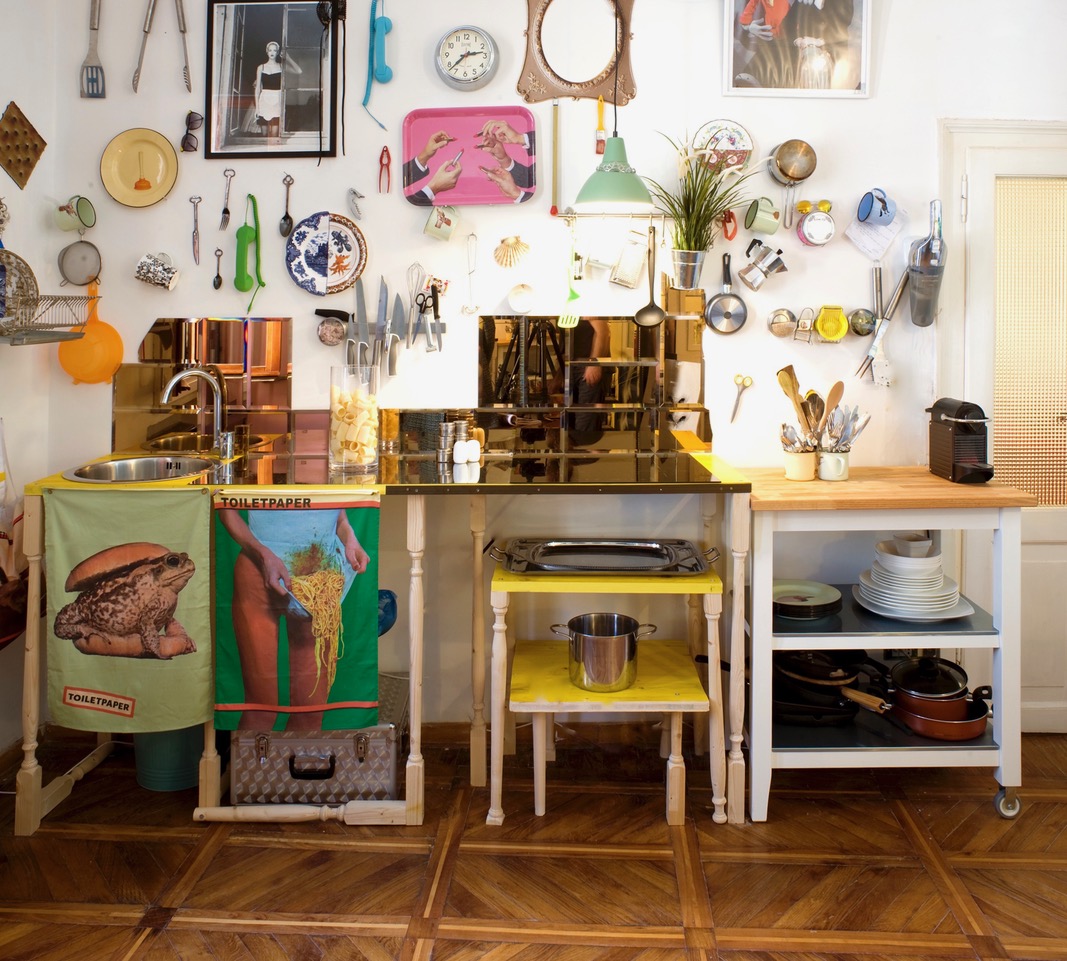 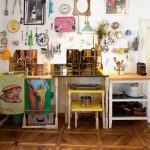 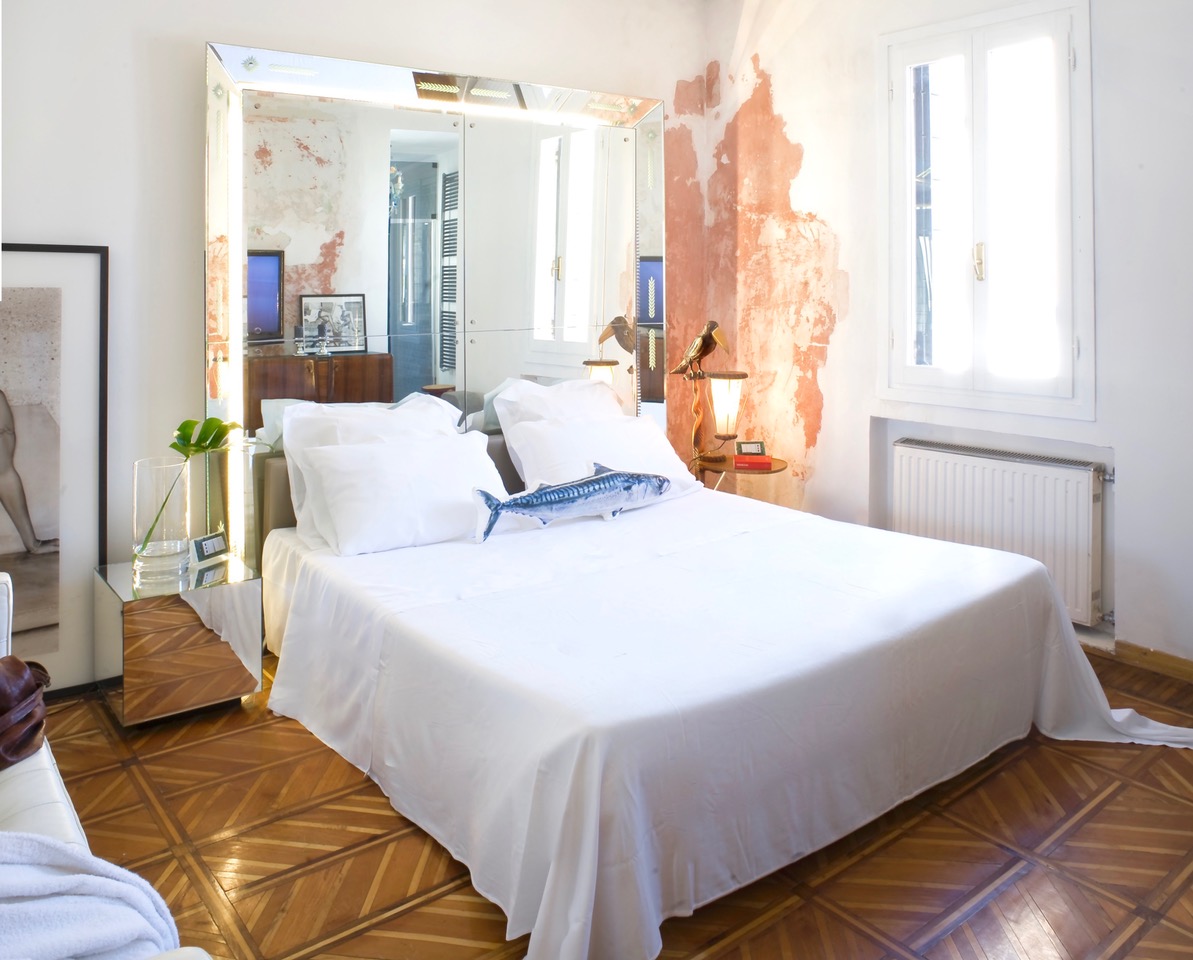 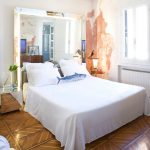 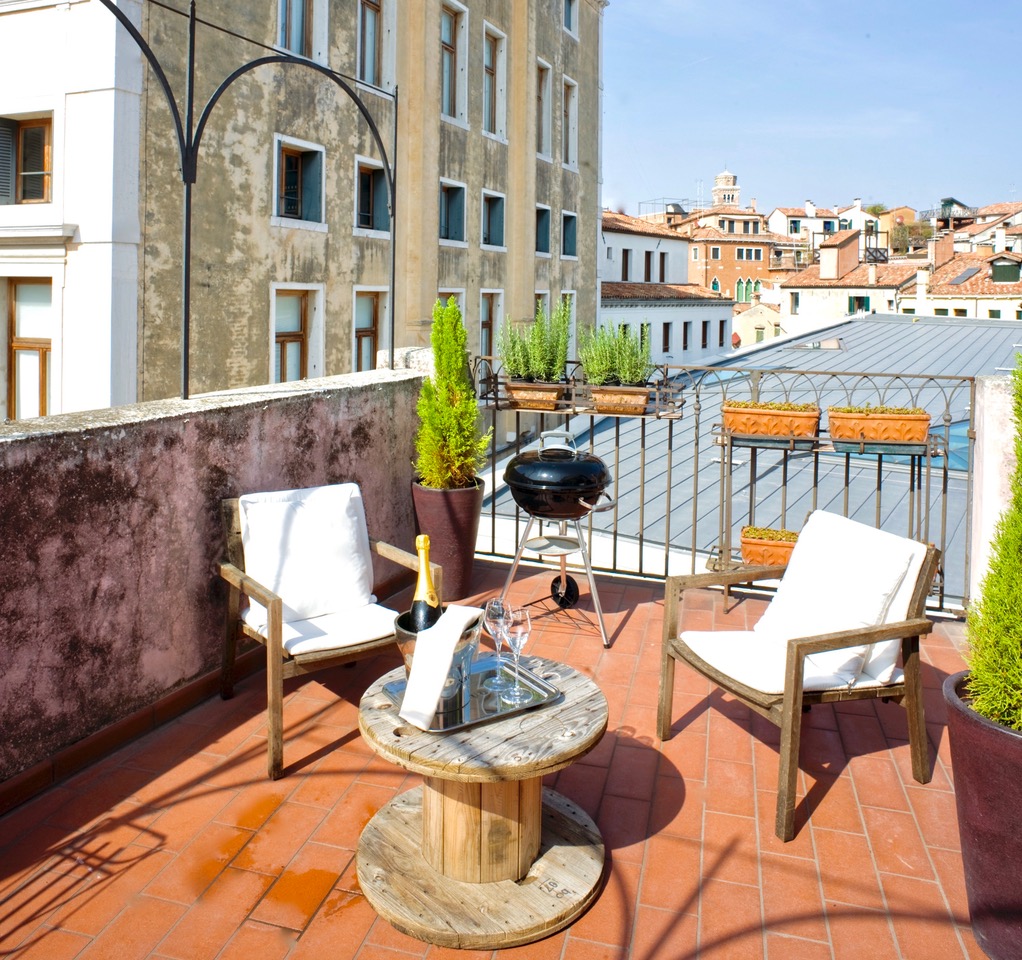 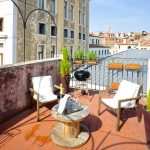 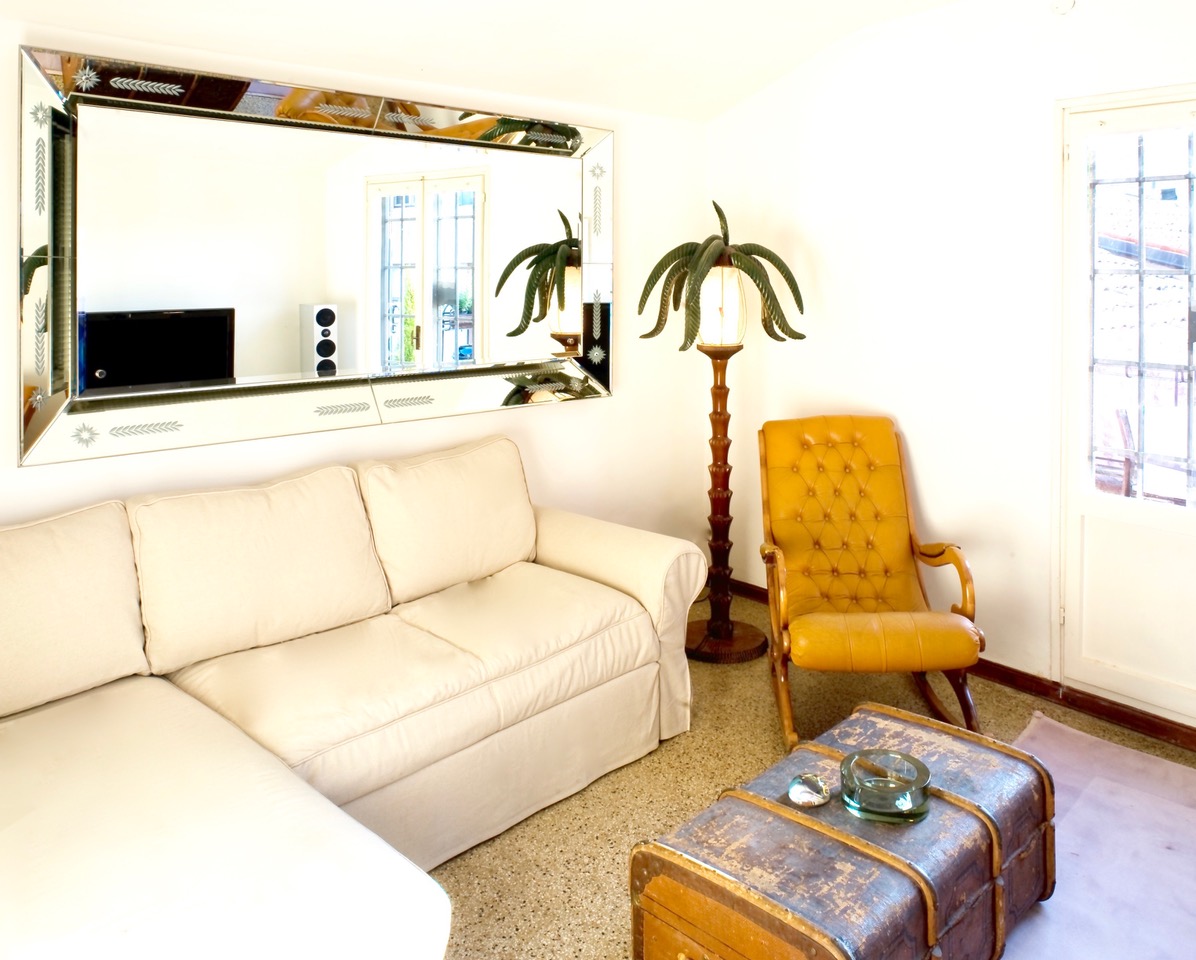 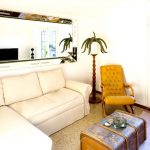 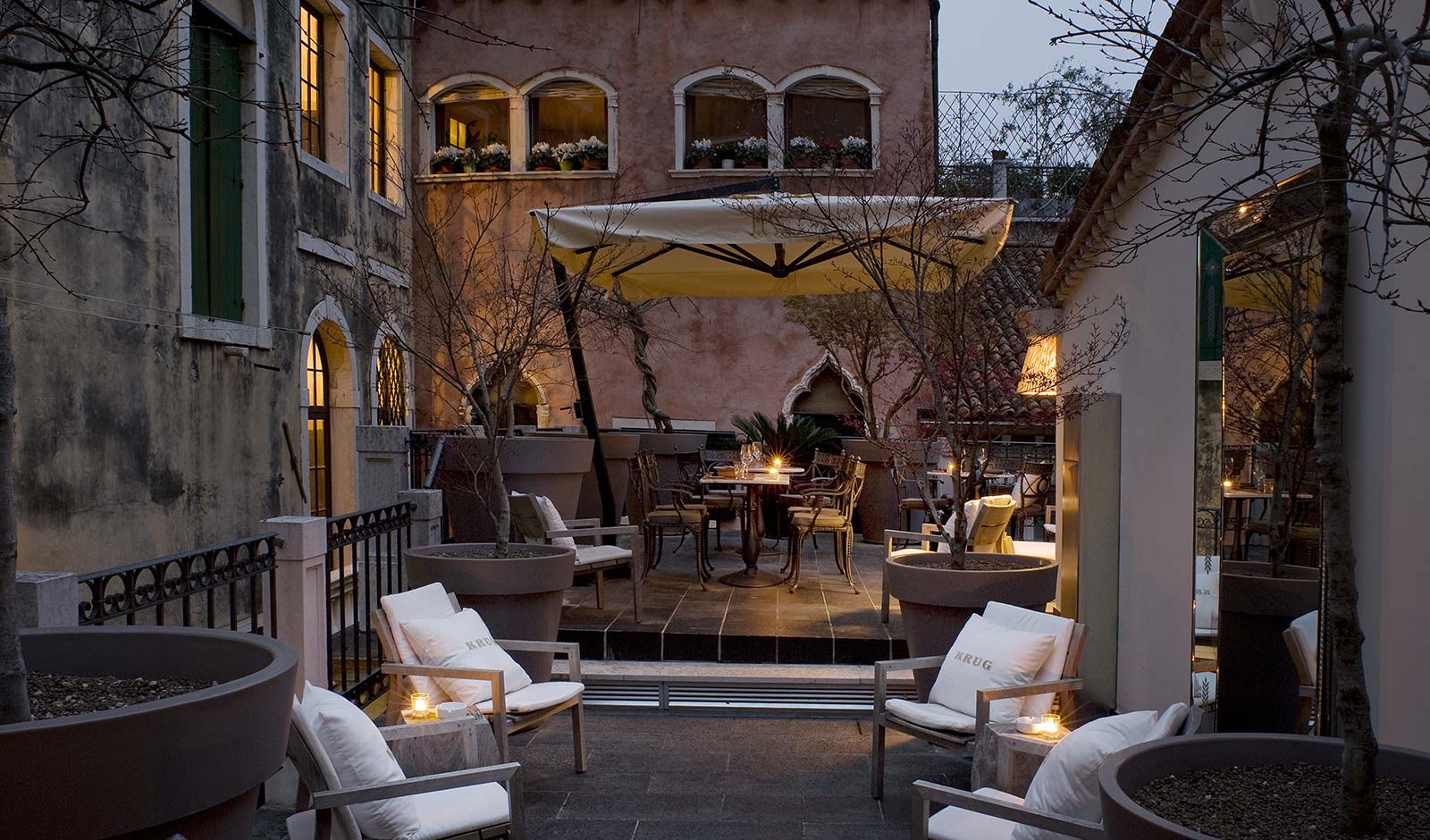 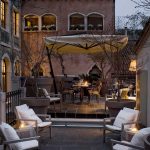 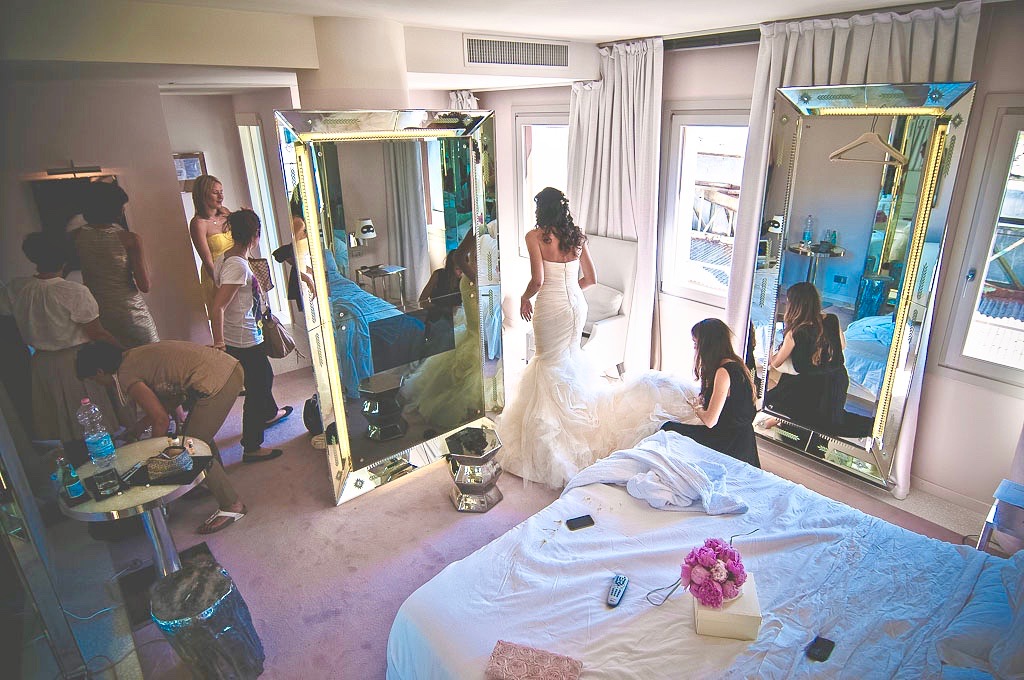 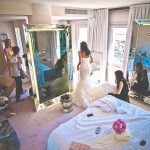 Would you like to know the availability of this villa?
Contact us and we will inform you as soon as possible.